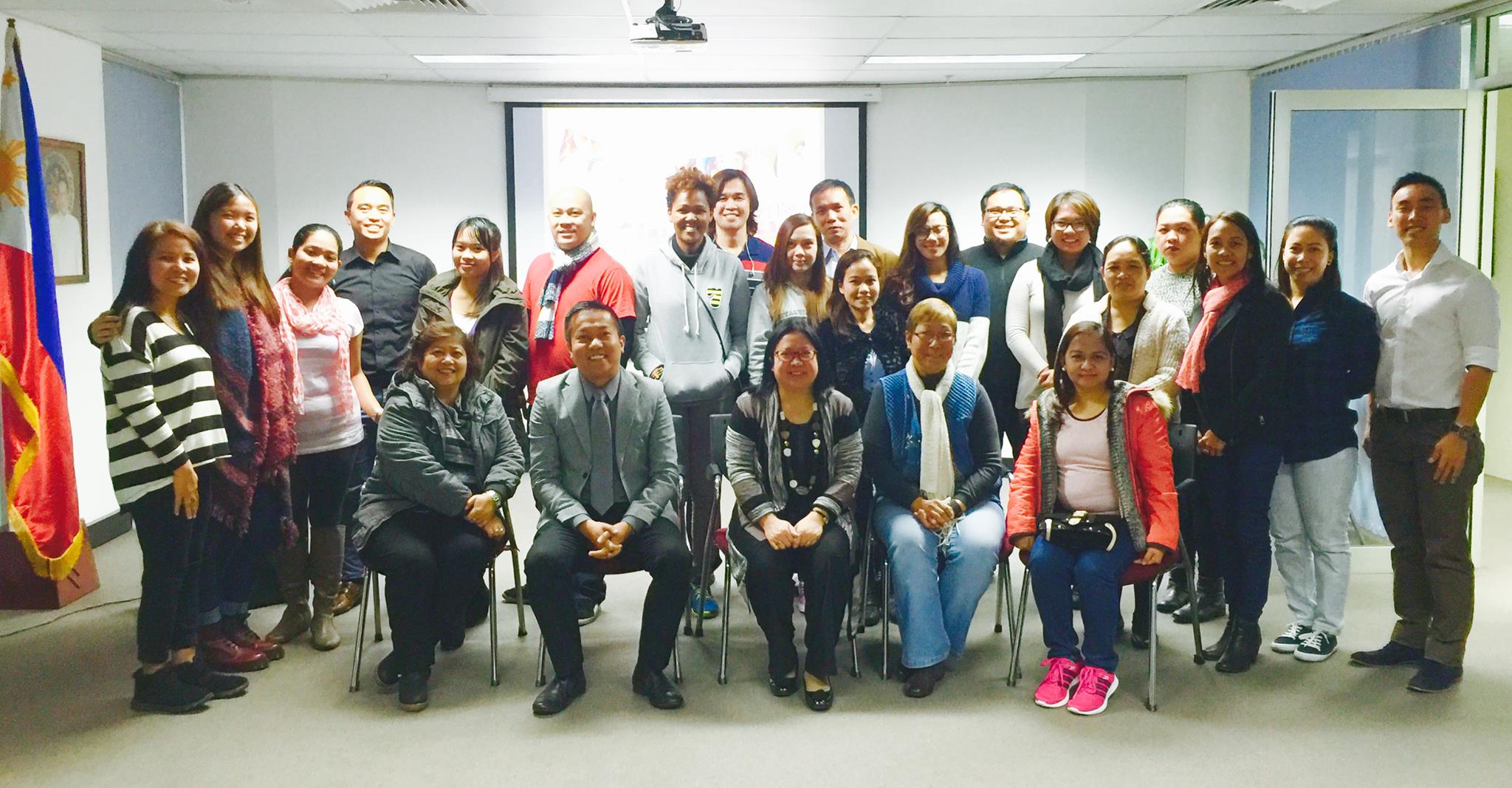 Today, Karlo and I had the opportunity to take part in the launching of the Filipino International Student Council of New South Wales (NSW) at the Philippine Consulate here in Sydney. This initiative has been almost 3 years in the making, but hopefully the ball’s gonna start rolling this time.

Who’s the target audience? Well, I’ve did a bit of research and found that in 2015, there are a total of 50,011 Filipino international students who enrolled and 21,271 who commenced their studies in NSW. Below is an extract of a spreadsheet of international student data I got from the Australian Government Department of Education and Training website. According to the government website, below data represent those on student visas only and ‘excludes those on Australian funded scholarships or sponsorships or students undertaking study while a holding a tourist or other temporary visas (or their dependents).’

In 2015 alone, 21,271 Filipino students commenced their studies in Australia and I bet these 20,000+ students had to figure things out on their own when they arrived here. Lucky for those who have relatives and friends to rely on but for the others, it’s a matter of exercising ‘diskarte’, ‘lakas ng loob’ and faith for getting past the initial stage. Hence, the group will serve as the first point of contact and support system for Filipino international students when they arrive in New South Wales. The group aims to lessen the doubts and fears of setting up everything from scratch in a foreign environment. Wouldn’t it be comforting to know that someone’s waiting for you at the airport when you arrive at a new destination? That’s the same peace of mind we would like to give to commencing Filipino international students here.

What can you expect from the group? The group is still in its early stages, but it does have its legalities in place to establish its credibility in providing services to Filipino international students. A big plus is the Philippine Consulate in Sydney giving its full support to the group so you’re guaranteed to be in safe hands. Based on the workshop this afternoon, a lot of activities and initiatives have been put forward, so stay tuned!

How do you get involved? A Facebook page will be set up very soon by the core group and activities down the line will be announced and promoted through that page so make sure to like that page to get the latest updates. And the most important thing is, we would like you to show up and attend in any of the activities in the future.

What’s in it for you? Well yes, it will cost you your precious time. It will entail effort in showing up. But you will gain friends. You will be able to establish your network in Sydney as early as possible, and I guarantee you, networking will go a long way in terms of advancing your personal and professional goals. And I think the best part of this is you learn to gain a deeper appreciation of your Filipino identity in a multicultural environment as Australia. Sometimes, we get too much involved in learning new things about the Aussie way of life that we tend to forget our roots, and Filipino organisations such as this remind us of where we come from.

To Consul General Anne Jalando-on Louis, Consul Marford Angeles, Ms. Reggie Perol of the Philippine Consulate, thank you for your unwavering support. To Sophia, James, Yami, Kuya Julius and to the rest of the organisers who spearheaded this initiative, congratulations and hats off to a successful launching today!

To the rest of Filipino international students in NSW like me, I think it’s time we give back by being part of something bigger than ourselves. If there’s anyone who deeply understands the issues, needs and concerns of Filipino international students, it’s us. Hence, this organisation FOR the students BY the students has come to life. Hope to see you all in the next activities!