“Look beyond your borders.
Know that you are connected to something larger.
Have an ideal and move step by step.
See the world. Serve the world. Be a global citizen and shape the world.”
— UN Secretary General Ban Ki-moon

I ended the International Relations (IR) component of my 2-year Masters Degree today through our final exam in my last IR unit: War and Violence in World Politics. I can’t say I’ve officially and successfully completed the IR component of my degree since grades won’t be out til mid-July, but as I handed in my final exam booklet this afternoon, I can’t help but look back and feel that the past 2 years went by so quick.

I sometimes regret that I took an extra 6 months to get a double degree by adding an International Business (IB) component. Well, actually at this point, I’m close to the point of remorse because I’m really having a hard time appreciating some of my IB subjects (hello Macroeconomics, Accounting and Finance!), especially now that I’m struggling with my grades in those units. I’m stuck with it anyway cos I’m in my last semester already (hopefully). Exception to these though are my Marketing, International Trade and Business Strategy units which I’ve really enjoyed a lot. IB grudges aside, I’m happy and so much content to have spent my 2 years here in Macquarie studying International Relations while being surrounded by lecturers and classmates from all over the world.

And here’s a rundown of all the IR units I’ve taken:

As far as I know, we’re the last batch for the 2-year duration of this program. I commenced 2014 Session 2. In 2015 Session 1, the program duration has already been extended to 2.5 years. Now, here’s the link to the new 2.5 years program. 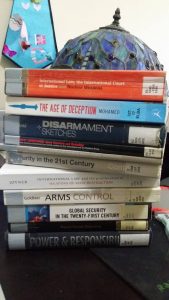 Prior to commencing my Masters program, I was never an avid follower of current events and international news. I didn’t know websites such as Al Jazeera, The Diplomat and Foreign Affairs existed. All I know was being in the foreign service and diplomatic field was my ultimate career goal. Now, I am able to look at the world in a much different light. It would be too hypocritical to say that I always consider the larger world problems at hand whenever I’m down with my own personal issues, hence feeling less sorry for myself. Who will ever think of refugee problems and conflicts in war-torn areas while you’re on an emotional, depressive episode? But pulling off consecutive all-nighters working on several 2-500-3,500 word essays each semester, tackling issues such as nuclear proliferation, climate change, US foreign policy and Revolution in Military Affairs (RMA), gradually helped in keeping my sanity intact. Being able to discuss these international issues in an academic manner, considering that I’ve started from scratch 2 years ago, made me realise that nothing is impossible if you put your heart into it. Oftentimes I would feel dumb for not knowing anything about world events being discussed in class, but it continuously challenged me to know at least 1 new thing about the world everyday. I eventually found myself opening news apps more frequently than Facebook, browsing current events more than browsing my Instagram feed. I wouldn’t say I’m an expert now with what’s happening in the world but I’m working on it and have made improvements so far. I have a loooonnnggg way to go with understanding the theories, laws and dynamics of the international system.

Studying my IR units in Macquarie also allowed me to learn in an amazing international setting where I am able to get firsthand information about a specific country through interactions with my classmates. When we discussed Ebola outbreak and human security, Denis from Sierra Leone shared what he experienced from his country regarding this issue. When we discussed about asylum seekers and R2P issues, several of my classmates who worked in Papua New Guinea and in NGOs in Nauru were there to actively contribute about their experience. On a lighter note, I was able to know more about interesting places to visit from countries such as Kenya, Egypt, India, Zimbabwe, Myanmar and Zambia because of my colleagues in class. Over time, I was able to establish meaningful human connections with friends from countries all over the world. If ever I don’t get to visit those countries in my lifetime, I’m glad I found friends in those. I can’t wait to finish and graduate so I can leisurely go over my IR textbooks and Foreign Affairs magazines from cover to cover.

My Notes app will not stop though with filling my own Timeline of current events, World Leaders, International Organisations and International Laws. Studying IR will be a lifelong pursuit from now on.

Until next time, International Relations in Macquarie… thank you for connecting me to something larger and helping me look beyond my borders. It’s been a wonderful ride. 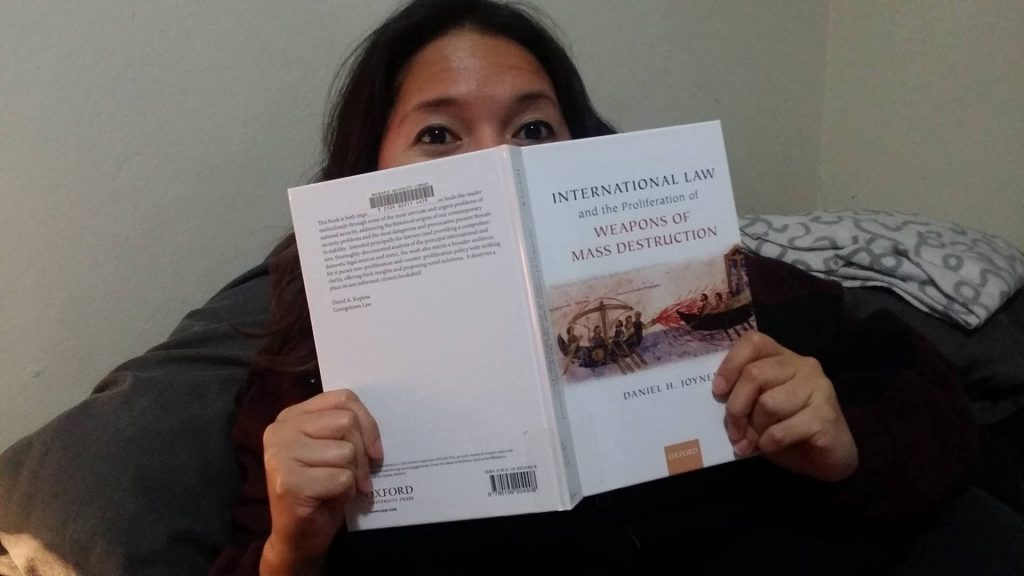